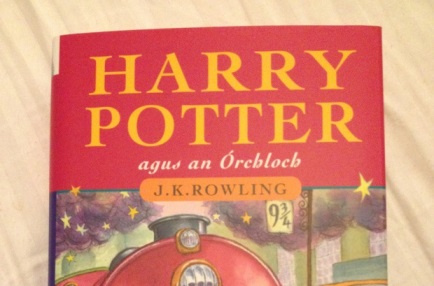 The Irish For: There’s a bit of alchemy involved in translating Harry Potter into Irish

Book series translated from one language to another can lead to complications as the plot thickens, writes Darach Ó Séaghdha.

Órcloch was a lesser-used word in Irish in the twentieth century. Literally, it means gold stone (ór + cloch) but more precisely it refers to the business of turning stone in to gold: alchemy.

It is fitting in a way that this word has found its way onto one of the bestselling Irish language texts that isn’t a schoolbook. I’m referring to the translation of the first Harry Potter book into Irish, which is discussed in the latest episode of the Motherfoclóir podcast.

Translation is a kind of alchemy, especially when working with such a well-loved and widely referenced text.

This is especially true of a series of books where the very cadence of the language is a huge part of its escapism, one which has added neologisms to English and one where magical words trade upon their similarity to certain other languages.

In the UK and Ireland, this book is known as Harry Potter and the Philosopher’s Stone but in the US it is a sorcerer’s stone.

The Irish translator, Máire Nic Mhaoláin, addressed this contradiction by following the wider sense of the word and finding the relevant existing term, órchloch.

After reading this, you’re probably wondering what the Irish words for muggle, Hogwarts, Quidditch and Gryffindor are. You might even be wondering if Voldemort is spelled with a V in Irish.

Depending on your point of view, you’ll either be relieved or disappointed to learn that these are unchanged in the Irish version.

This is not down to any laziness or unscrupulous expedience on the part of the translator, however. Significantly, the Irish translation was published after the film rights for the series were sold to Warner Brothers.

Part of this deal was ownership of the names of certain characters and paraphernalia from the Harry Potter universe.

This meant that pre-movie translations such as the French and German versions have bespoke names for these things (in French, Hogwarts is Poudlard, Ravenclaw is Serdaigle, and a sorting hat is Choixpeau) but later translations do not.

While we all prefer our Gaeilge beo agus glan, there is an advantage in keeping these terms intact for the Irish version of an extremely popular series. They can serve as signposts of familiarity for a reluctant reader, possibly one who has never read a book in Irish before.

If someone is reading Órchloch for the first time while keeping their well-thumbed copy of Philosopher’s Stone handy, they can quickly identify the translation of a sentence that causes them difficulty from the Chapter number and the occurrence of words they know.

This is arguably preferable to looking up words individually and out of context in the dictionary (on one forum a confused reader asked if órchloch meant a lake of orcs).

Finally, there is one further advantage to Irish arriving late to the translation party. If a character’s name turns out to be an anagram or a clue, such as Tom Morvolo Riddle or Sirius Black, it is better for the translator to know this in advance so they can work around it.

The first wave of translations did not have this advantage, leaving them in the same predicament as the Irish translator of Game of Thrones. In Cluiche na Corónach, Hodor is named Hodór – which doesn’t sound much like coimeádaim an doras (hold the door).

I can’t wait to see how they wriggle out of that one. 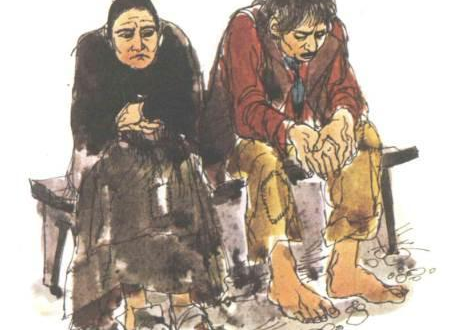 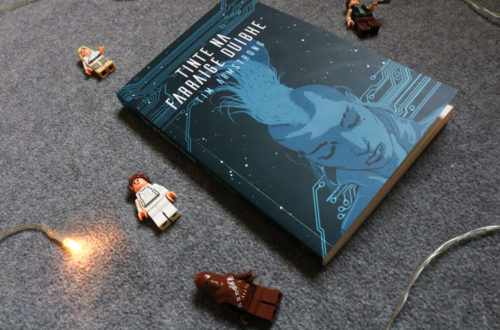 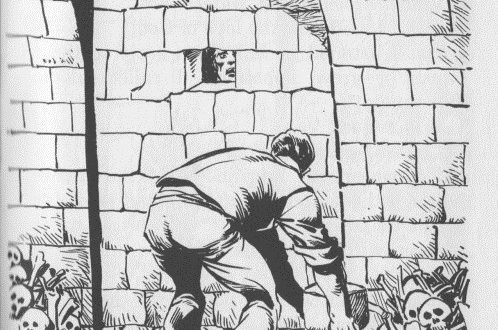