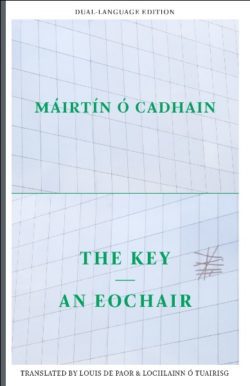 ‘J was a paperkeeper.” The first sentence of Máirtín Ó Cadhain’s hilarious novella is a satiric statement of intent; J’s function is revealed but not his name. It is an opening gambit that could have come from the pages of the 19th-century Russian master Nikolai Gogol or his heirs, writers such as Andrey Platonov or Evgeny Popov. The Key possesses all the subversive linguistic energy of the finest absurdist comedy, and, true to that tradition, it is also very serious. It could be a political polemic. Instead it ridicules the petty mindlessness of bureaucracy and office politics everywhere. It has a specific target: the Civil Service, that bastion of illogical logic.

J is a tragic hero, and Kafka has already paved the way for characters so reduced as to be known by an initial instead of a name. Yet although he doesn’t have a name, J does perform a role recognised by “any honest person” as “the most responsible and difficult position in the Civil Service”. Cue the enemy: paper. Ó Cadhain describes it in its various forms as “huge bulky memos that cast long shadows, taking up space like slabs in an old cemetery. Thin tattered receipts like slime on a rainswept rock, a sign that a snail or something like it had slid past and left a trail in its wake. Acts, Orders, statutory instruments side by side, armed and numbered, ready for the fray.”

An atmosphere of surrealist near-terror is established, files are both menacing and vulnerable. “There were even civil wars between files . . . People swore they heard squealing, battering, thumping and wailing of files in the cabinets. Files were found crumpled, stabbed, torn, tattered. The old files couldn’t stand the new ones and vice versa. To preserve the peace, they had to be kept apart. No one knew when a file, a particular file and not just any old file, might be sent for . . . Every file, with its own unique label . . . was a living thing . . . A label could be murdered, too, thrown out a window or up a chimney . . . But accidents will happen. A label might be mysteriously abducted or something equally terrible. It might end up on the wrong file.”

The Key/An Eochair, published in Irish in 1953 and now available for the first time in English in this bilingual edition, is very different, if equally original. It is written in a tight, snappy mock-jargon, deadpan prose brilliantly handled by its translators, Louis De Paor and Lochlainn Ó Tuairisg.

It is clear that the hapless J, with stumpy legs, a nervous disposition, a domineering wife and his possible fondness for alcohol, is frightened of his immediate boss, the Senior, a low class of bully who holidays on the Isle of Man and believes air travel is the preserve of higher beings. In the absence of his boss J is almost in charge; he mulls over his many tedious instructions, consisting mainly of being on time, answering the phone and noting the date and time of the calls and the number of the caller.

Time passes, and news of J’s dilemma spreads. No help is forthcoming, because “There’s no precedent for that.” Precedent? J recognises the word; he had often heard it, “but he never quite understood it the way he understood what a rule or an injunction was . . .” Anyone who have experienced the no-man’sland of bureaucratic intransigence will howl with laughter. Self-serving politicians arrive, all eager to make the most of J’s situation as an excuse to attack each other. It is all very black, very funny and ultimately tragic.

The frenetic fluency of the satire is sustained throughout. It is a literary performance piece that would be exciting to stage. The Key is closer to Flann O’Brien than to Samuel Beckett, yet it could also claim its place within the European theatre of the absurd. Eugène Ionesco would have approved of it. Contemporary satirists would be pleased to claim it as their own.

More than 60 years old, it seems as fresh as if it had been written today. Ó Cadhain, one of the defining modernists of Irish literature, knew his society as well as the tones and cadences of his language. As a feat of storytelling it moves through a range of emotions, all skilfully evoked; its triumph rests in the tone, the inner rhythms, doublespeak and consummate wordplay. This helpful bilingual edition juxtaposes both texts.

The sting is left to the final line; both pieces of the broken key are salvaged, leaving no doubt as to the askew logic of those wielding power. 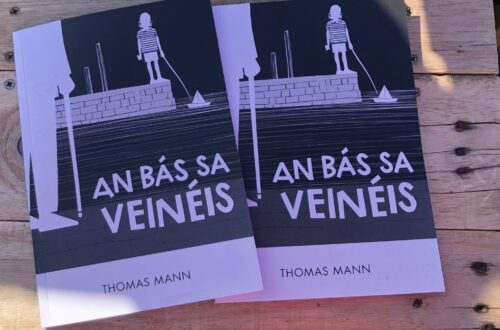 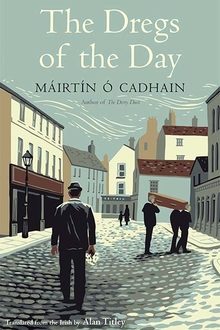