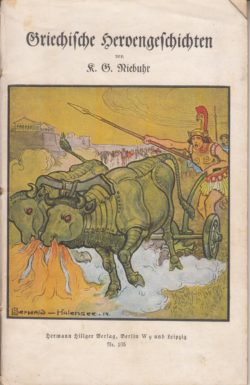 These books have been on the market for some time, and have already been noticed by An Claidheamh Soluis. Our reason for referring to them again is that they afford convenient pegs on which to hang certain remarks we are anxious to make on the subject of Irish prose.

Speaking at a recent meeting of Craobh an Chéitinnigh Father Dinneen urged the necessity of getting as much as possible of our modern poetry into print. The necessity is indeed obvious. But a still more urgent necessity is the publication of more Irish prose. Poetry- especially that highly conventional and artificial type of poetry which predominates so largely in modern Irish – is for the few: prose is for the million. Poetry disciplines and refines: prose makes speakers and writers. Poetry will help to preserve richness of idiom: prose is essential if we would preserve the language itself. Poetry is a luxury of modern life: prose is a necessity.

Two standards in Irish prose have been set up for our adoption. One is the seventeenth century; the other is the speech of the people. A similar battle has been fought out in more than one European literature. Our own views on the question are familiar to our readers. Irish prose, if it is to be a living and vital thing, must be based primarily on the living Irish language of the present day; but, in order that it may be robustly native in tone and texture, richly idiomatic, impregnated with the traditional Irish spirit in literature, – in short, a legitimate development from the past, our writers must steep themselves in the thought and style not merely of the seventeenth-century masters but of their predecessors back to the eighth century. This will keep them from foreignism as well in style as in idiom, as well in thought as in vocabulary.

A good deal of grumbling has been indulged in because so many Irish writers have hitherto confined themselves to the delineation of country life. A literature, we are told, cannot be built up on ‘prátaí’ and ‘poitín’. Of necessity, then, these must loom large in its nascent literature. If they did not, that literature would not be an expression of the actual Irish-speaking Ireland. Furthermore, literature, to be good, need not necessarily concern itself with cities and drawing rooms and high philosophy. It is possible, writing of lofty and heroic things, to produce rubbish.

But, whilst all this is so, whilst it is probable that the majority of our writers will continue to write in Irish of the only thing they know – Irish rural life – and whilst, as we think, it is to be desired that they should continue to do so, it is nevertheless in the highest degree necessary that modern Irish should be applied to the discussion of every religious and secular subject, that its outlook should be broadened, its culture widened and deepened; that it should occupy itself with interests greater than those of the farmyard, and with problems larger than those which engage the attention of the village folk at an evening ‘seanchas’; that it should strengthen itself by drinking deep draughts out of its own past, and that it should assimilate some of the thought and culture of other tongues and peoples.

The books that we have grouped together at the head of this article have this in common, that they both apply modern Irish to some new use. Both of them are translations. Irish writers have hitherto been chary of translations, and wisely so; but we must not carry our chariness too far. Provided always that the translator be a master of both languages, provided further that he have a sound critical instinct, provided finally and chiefly that he be really a creative writer and not a mere copyist, nothing but good ought to result from the rendition into Irish of the masterpieces of the world’s literature. But the qualities we demand are rarely found in combination. Father O’ Leary alone of those whose who have essayed to translate from foreign languages into Irish has, in our opinion, produced absolutely satisfactory work. But Father O’Leary’s translations have been not so much translations as re-tellings. Tomás Bán, in rendering Miss Butler and Séamus Mac Maghnuis into Irish, has allowed himself to be unduly influenced not so much by the English idiom as by the English style; so has Pádraig Ó Súilleabháin in translating George Moore; so, but to a much lesser degree, has even ‘Seandún’ in rendering Mr. William O’Brien. Another outstanding attempt at translation occurs to one, ­– Father Dinneen’s Duan na Nollag. The wonder in this case is that the author has succeeded in making intelligible a fairly close translation of so intensely characteristic and personal and English a piece of English prose as Dickens’ Christmas Carol. Dickens, of all English writers, is probably the hardest to render into another language. Defoe and Gulliver – the latter of which has already a mediaeval Irish prototype – would, if done well, read capitally in Irish. So, amongst non-English masterpieces, would Don Quixote and Telémaque, and Chactas and Atala.

Niebuhr’s Griechische Heroen-Geschichte presented much less troublesome material to the translator than did either Dickens or Mr. William O’Brien. Its characteristic modes of thought, and even in a large measure its incidents, had already received an Irish clothing. It was all familiar ground to the student who knew his Iomramh Mhaeldúin and his Cúchulainn Saga. Not that we would depreciate the translator’s achievement. For so young a man as Donnchadh Pléimeann – a man, too, to whom both Irish and German were acquired languages – this spirited translation is simply a marvellous piece of work. If this man had lived he would have left memorable books to the Gael. In his preface ‘Seandún’ in his own firm and fine Irish style tells the short story of Fleming’s life and pays a worthy tribute to the memory of his dead friend.

There are those who hold that, next to An tAthair Peadar, ‘Seandún’ writes the most Irish Irish that has that is being written today. We are not sure that we do not agree. In Toradh na Gaeilge Irish is applied to the discussion of a whole range of problems from the prospects of vernacular Irish to the place and significance of the epic in Irish literature. One would expect to find occasional un-Irish idioms, we do not recall having met a single such. True, one feels at times that it is a translation and not an original which one is reading — and that is all we meant when we wrote above that even ‘Seadún’ has been influenced by his foreign exemplar. But nowhere does he give us ‘impossible Irish’, as some predecessors (and successors) of his in translation have too often done. 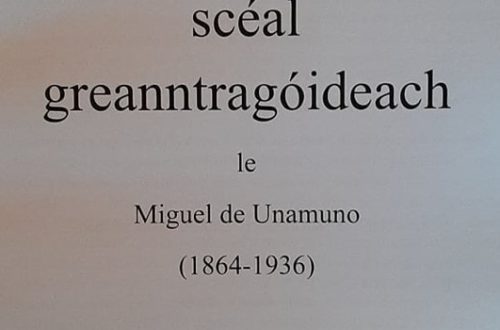 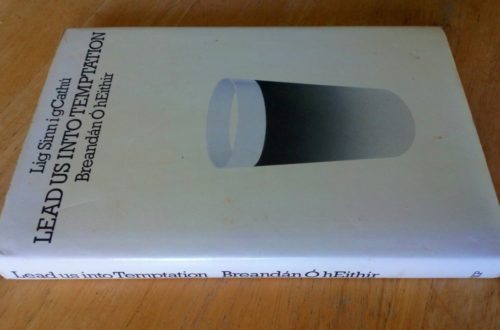 Lead us Into Temptation